What is County Lines?

‘County lines’ is the term used to describe the approach taken by gangs originating from large urban areas, who travel to locations elsewhere such as county or coastal towns to sell class A drugs. Gangs typically recruit children and young people through deception, intimidation, violence, debt bondage and / or grooming. This could be in the form of a ‘runner’ in the county location to make cash deposits into bank accounts registered to associates or family members of members in the urban location.

Despite gangs often consisting of larger groups, only a small number of members will be present in each county location at any given time, usually 2-4 individuals. Gang members could be rotated between county locations to try and evade detection. The presence of larger groups would usually be in response to conflict, as a show of strength.

Gang members are often associated to an urban street gang linked to their home borough. This additional affiliation can cause enhanced tensions amongst rival gangs in county locations and include violent incidents generated by feuds in the home borough.

Gangs must establish a base in the county location to develop a market. Gangs take over addresses of local vulnerable adults by force or coercion. In some cases social housing accommodation has been targeted by the gangs who have identified vulnerable children, young people and adults who reside in these properties.

This usually involves identifying vulnerable people who may use drugs and alcohol, or people who may be vulnerable due to mental or physical health impairments, single mothers and female sex-workers. The dealers then coerce, and sometimes threaten the vulnerable person into allowing them to take control of their home so they can use it to store and sell drugs.

The victims of cuckooing tend to live in social housing and the dealers will either stay in the property to deal drugs themselves, or will get the householder to deal on their behalf, travelling back and forth to their home areas to restock.

Some of the dealers are criminals by choice and some have been coerced and exploited by organised crime groups or gangs to work for them.

People targeted are often unable to protect themselves from being exploited as they may be:

Criminals use a range of clever tactics to manipulate and exploit others, such as:

Gangs are also known to utilise consenting adults to assist criminal activity. The common form of assistance provided by them is allowing the use of their home address for running and holding drugs. It is important to think about any children who may reside in the property who will be affected and possibly involved as a runner. In addition women are reported to be used to book hotels, hire cars and identify addresses for cuckooing.

Women who have entered into relationships with gang members are often subject to coercion and control and domestic abuse. In some cases women can be sexually assaulted or threatened with sexual assault and can be exploited for sex in payment for drugs.

How to spot signs of Cuckooing?

Sometimes, the person being exploited has no idea that they’re being used or is simply too afraid to speak up, which can make it very difficult to spot what’s going on.

If you’re concerned that someone you know is a victim of cuckooing, look out for the following warning signs:

Violence is used regularly in order to establish and maintain county lines, it is directed towards drug users who fail to pay their debts or individuals who are accused of stealing from the gang such as runners.

Cars and rail networks are used by gangs, and they also use taxis within county boundaries. Car rentals can also be used to avoid detection from law enforcement agencies.

If you collect information regarding the activities of gangs, child abuse or the exploitation of children and young people, information may be shared with the police via the Partnership Information Sharing form available from: 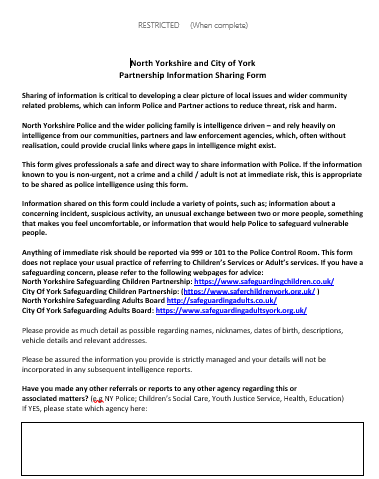 Who should I contact if I have a safeguarding concern?

If you believe that a child, young person or adult is at immediate risk of harm you should call the police on 999.

If you suspect someone is dealing in drugs or if you suspect a premises in your area is being used for Cuckooing, contact the Police on 101. Alternatively they can contact Crime Stoppers anonymously on 0800 555 111.

Members of the public should contact the Customer Service Centre / Emergency Duty Team on 01609 780 780 or raise a safeguarding concern via the online screening tool available from the North Yorkshire County Council website.

Professionals wishing to raise a safeguarding concern should use the following: 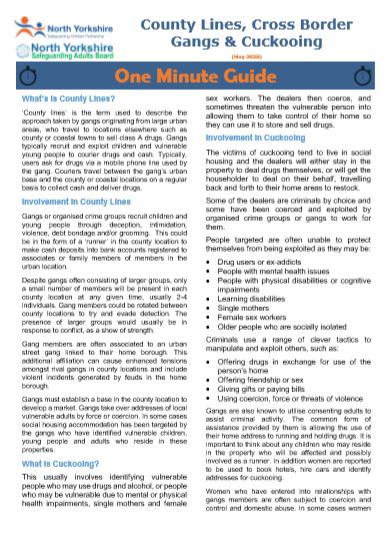 Visit the NYCC website to raise a Safeguarding Adult Concern 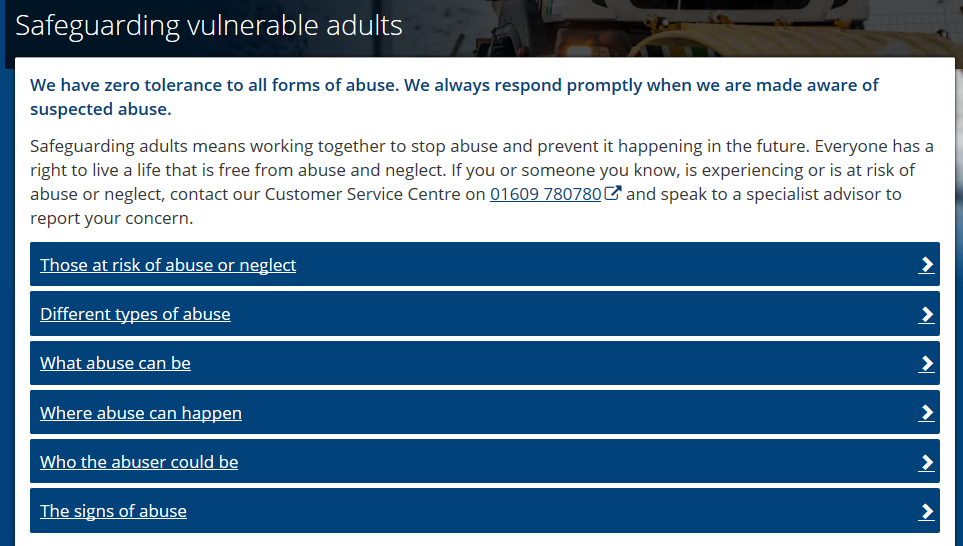 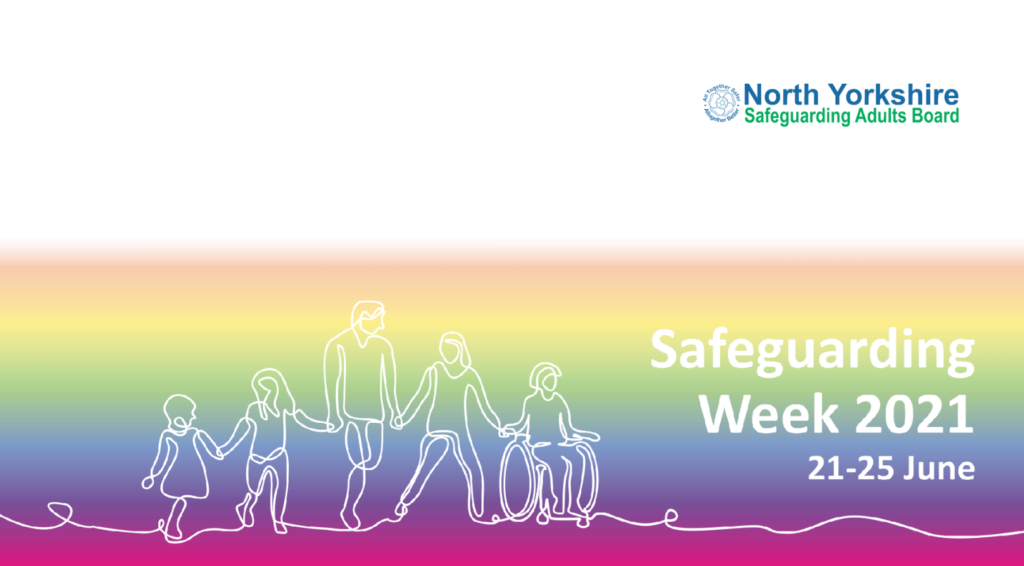 Safeguarding Week 2021 Ordinarily we would have spent the past 6 months planning for lots of face-to-face events taking place...